The History of volunteering at the ASRC

An organisation built by volunteers

The ASRC was founded in 2001 by Kon Karapanagiotidis, who was at the time a lecturer in welfare studies at the Victoria University of Technology.

Starting as a small food bank, the range of services offered quickly grew due to keen interest from volunteers and a demand for services from people seeking asylum. As Kon explains:

“I remember how a few beautiful English teachers from a local university showed up and said “We can teach English – do you need English classes?” – and that’s how the ESL program was born. I remember Joan Lynn, reception volunteer from 2001 to present, working in our front reception, a tiny space where we were also running legal triage, drop in case work, English classes and medical help. It was all done in this small, open space with windows that wouldn’t open, with one computer that had a virus on it. 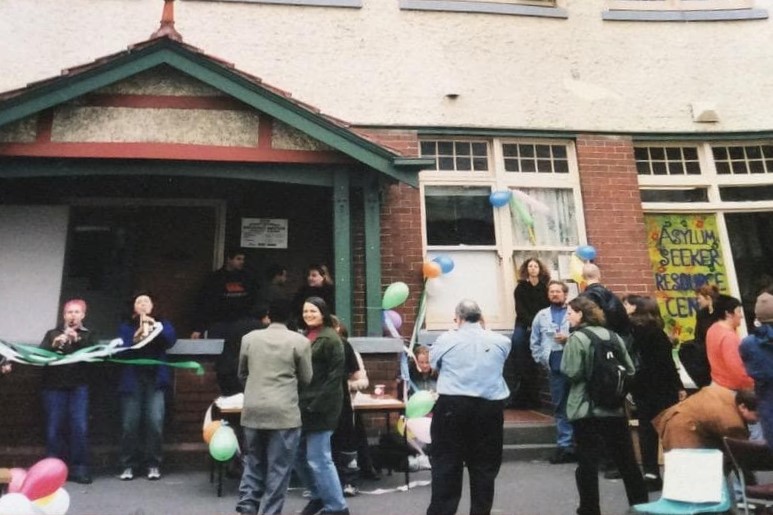 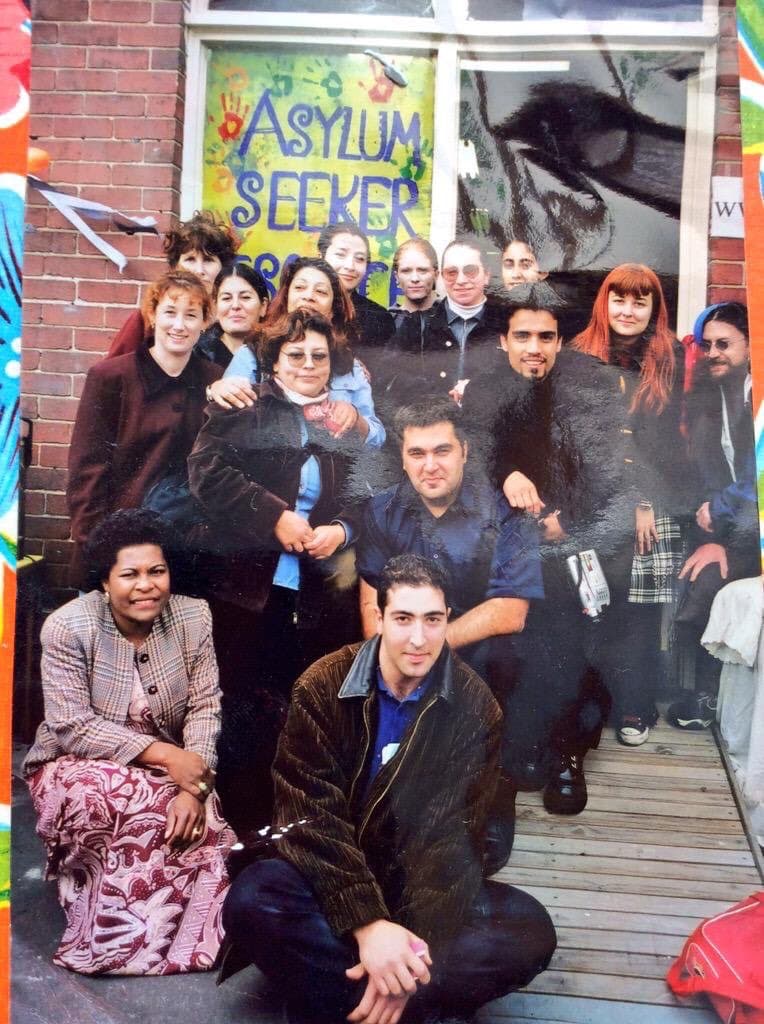 “At the time our legal team consisted of myself, a young man named Malik, who was a Pakistani refugee himself who we had helped get out of detention, and a legal student, Anita. The three of us would run the legal clinic and provide people seeking asylum with representation”.

“Back then, nothing had a plan to it, but it always had a purpose. We learned so many lessons around how when you have nothing to lose, but the people you support stand to lose everything, it infuses you with fearlessness and relentlessness and it spurs you to keep doing what is right. Every time a need would come up, like when someone would turn up without Medicare… we just needed to respond. I remember taking a student on placement and saying to them “You’re starting the first health service for people seeking asylum in Victoria, that’s your social work placement”. Two weeks later, it was up and running. By April 2002, Dr. Karen Phelps was in a 9 m2 room with a tiny desk officially launching the first ASRC Health Clinic.

“So many of the programs, a decade on, were still run by volunteers. 90% of what we see at the ASRC today is a perpetuation of what was already in place by 2004. It has been subject to growth and expansion, but it was all started by the volunteers who believed in us at an early stage. It was a time of incredible innovation, when everything was possible. 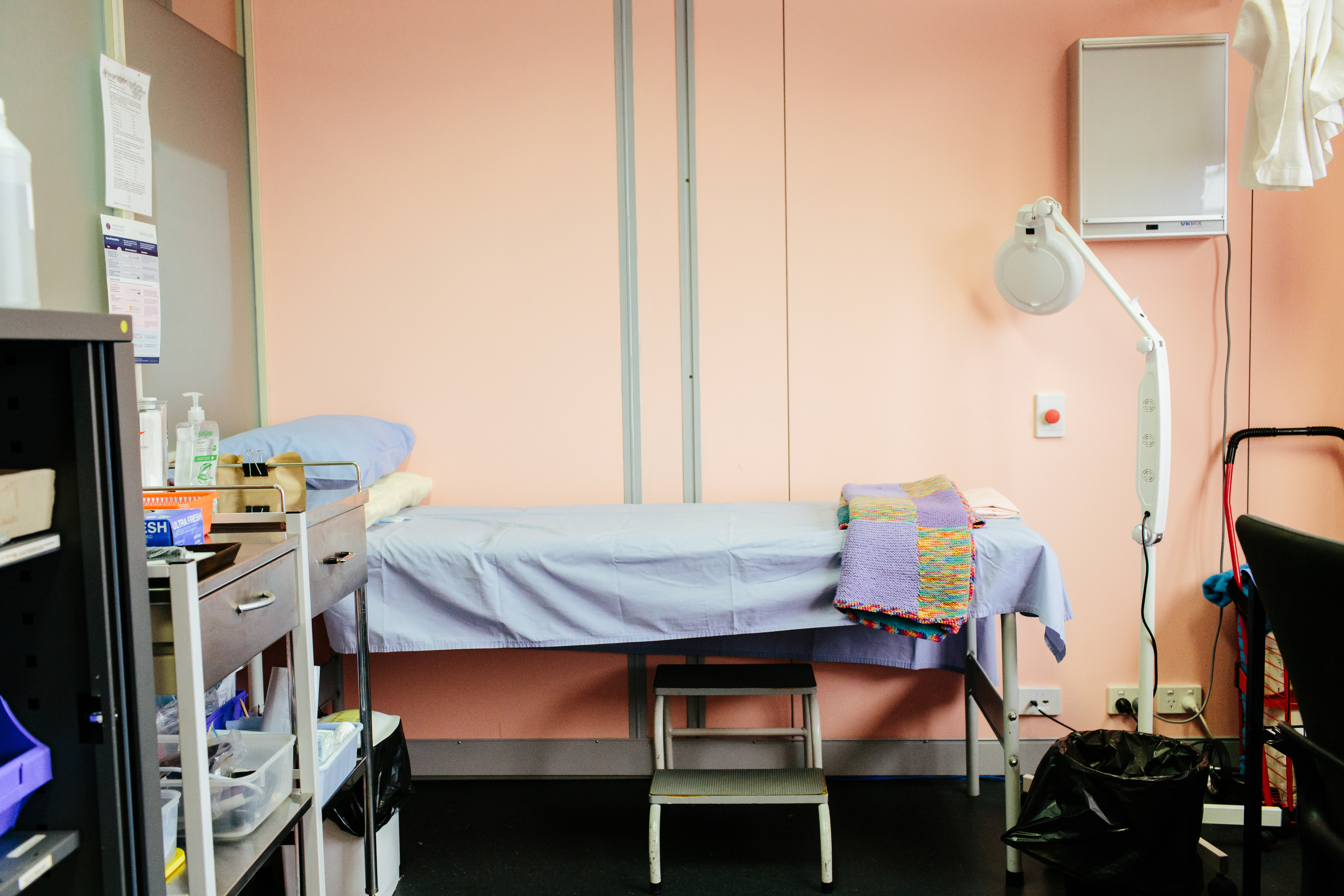 “The ASRC was, and still is, both a community and a movement. What has been so exceptional about it is that people feel like they are being trusted to do good. What has stood out about our volunteers from day one was how hungry people are to help. Our volunteers have always been fearless and passionate. They roll up their sleeves and get into it; volunteer lawyers, volunteer nurses, volunteer law students, volunteer teachers. People willing to do whatever it takes to help.

“The only reason the ASRC works is because of its volunteers. Volunteers bring a diversity of life experience, flexibility, adaptability, innovation and passion. They bring their best selves.  All these volunteers who allow us to scale and innovate, to make a difference in the lives of people seeking asylum. No matter what tasks they are given, our volunteers are everyday people, taking on tasks with willingness and bravery. We have moved 6 times and refurbished buildings, every time these tasks were done by volunteers. Our current home in Footscray was refurbished in 40 working bees over 6 months, all done by volunteers. 600 people I had never met, from all walks of life, all volunteered to get the centre fit for purpose.

“I love that we have been able to tap into the goodness and capacity to give of people in this country, and that the ASRC is truly built on the trailblazing work of all our volunteers over the years.” 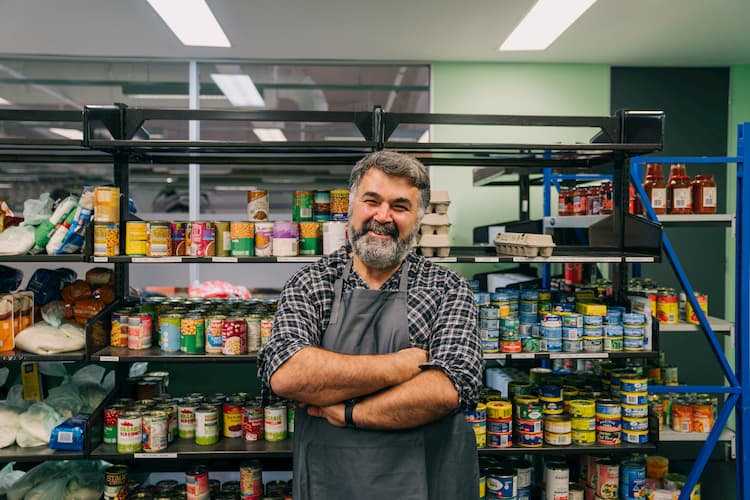 Want to volunteer with us?

All currently open positions are advertised via the button below.

We advertise volunteer positions on a rolling basis, positions will be advertised for two weeks or until the role is filled.
To view available positions please click here

Thanks for your interest in supporting the ASRC Telethon on World Refugee Day, Sunday 20th June.